The bus trip to Marrakech took another whole day. This one was particularly painful as everyone was feeling a little ill from their stomachs not being used to spices and food in Morocco.

We arrived to Marrakech at around 5pm and one group went to ride camels (I chose not to after hearing that they get whipped and not looked after as well as they could be).

Instead, one of my roommates, Lily, and I hit up the shops on the main road to find some “conservative” clothing to wear around Morocco. Cassie stayed in the hotel of course because she doesn’t enjoy shopping.

One of the things I did not pack was clothing that would be loose fitting and covers knees and shoulders at the same time.

As soon as we got back to the hotel we had our included dinner at the hotel, nothing fancy.

The night was young but we felt old so we went to sleep. The nightlife isn’t big in Morocco because of the Muslim religion, thus, not many people go out drinking.

Our full day in Marrakech was a really long day.

First we got taken to a mosque, one of the tallest in Marrakech.

We got taken to the old residence of a man with four wives. We walked through the home in awe of the colourful tiles even brighter than any I’d seen before.

Most of the home in Morocco are based on a very bland and sometimes “unwealthy” looking but the beauty is on the inside as they don’t like to show off their wealth to their neighbours or people around them.

This made me think of it a metaphor for people because sometimes those who are beautiful on the inside do not always show it on the outside in order to keep themselves humble. And sometimes it works the other way around, some people show all their wealth and beauty on the outside leaving nothing but ugliness on the inside because they are too busy showing off to make other envious.

Our next stop was a “pharmacy” where we got talked through an array of amazing products such as genuine Argan oil, special products for headaches, stress, and nausea. There was also some rose oil, creams for the face, terracotta pumice stones, etc. of course I just HAD to get the big bottle of legit argan oil.

We even got to see a woman making the oil from the argan nuts.

She would crack the shells off, toast the nut, put it in the hole in her special machine, and turn the wheel to crush the nuts into a paste where she would then squeeze all the juice out to create argan oil.

Lunch time came around and a few of the girls on the tour all went to a cafe called the “Marrakech Henna Art Cafe” where they do food, drink, and henna art.

I ordered a “Berger Burrito”, essentially flatbread with mince, beans, cheese, and some sort of sauce. Delicious.

Then came the free time shopping.

We were warned that when we went to the souk (similar to the Médina in Fes, but the Marrakech version) not to let any snake charmers or monkey trainers put the snakes or monkeys on your shoulders. So of course I was extremely nervous for someone to put snakes on my shoulders without permission.

We were also told that we would be hassled and harrassed because we were women walking around by ourselves so that made me even more nervous.

I don’t know if it was because we went at the end of the day so there weren’t as many people, or perhaps because it was a Sunday so the other half of the population were out for the sabbath day.

I had so much fun walking around, looking at the shops and the people.

The people were friendly and genuinely wanted their stuff to be bought because they thought it was the best of the best.

I bought a few things and surprised myself that I could actually barter with the shop keepers (something that made me so anxious when I heard I had to barter to buy things so I was proud that I could do it myself).

Unfortunately this was around the time I started to feel sick.

Luckily it was time to go back to the hotel.

The rest of the afternoon I spent either in the bathroom or in bed while everyone else went out to a special dinner.

I did feel like I was missing out but I thought that I should look after my body first before I go out and party. The adult thing to do.

I sipped on some electrolyte and slept the night away.

I was glad that I did stay in because I was refreshed the next morning and ready to take on the next destination. 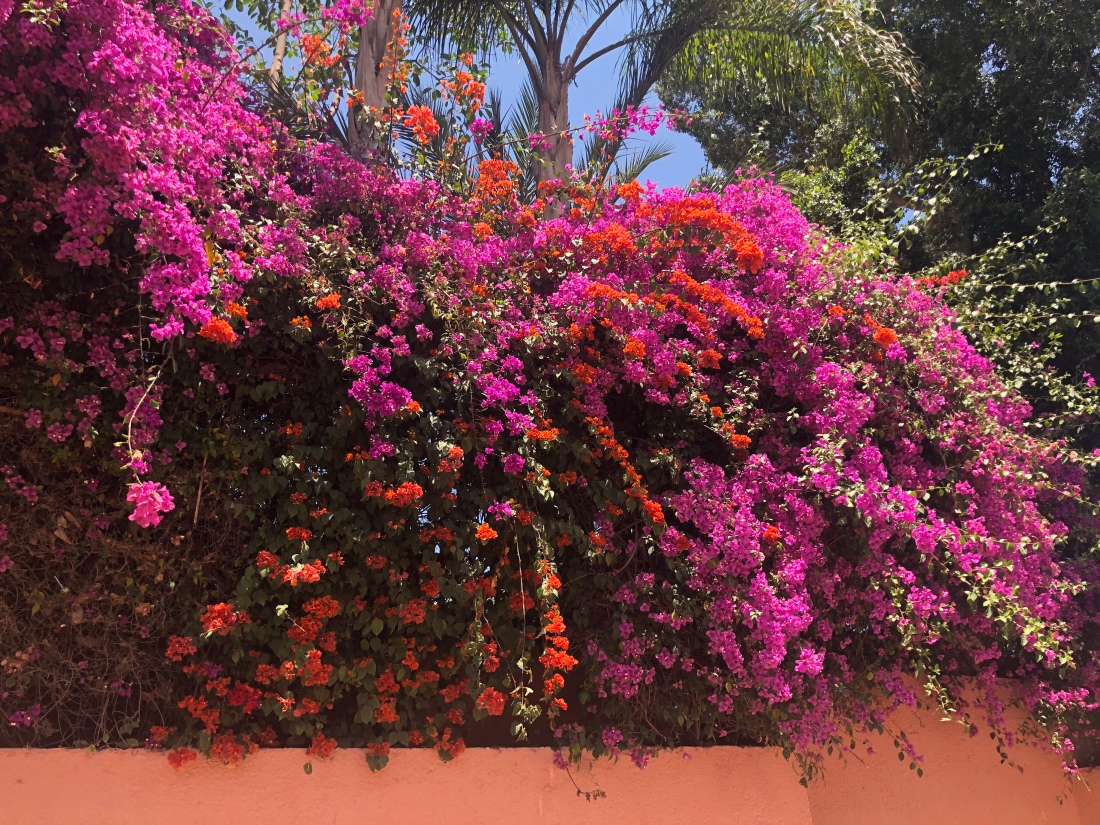